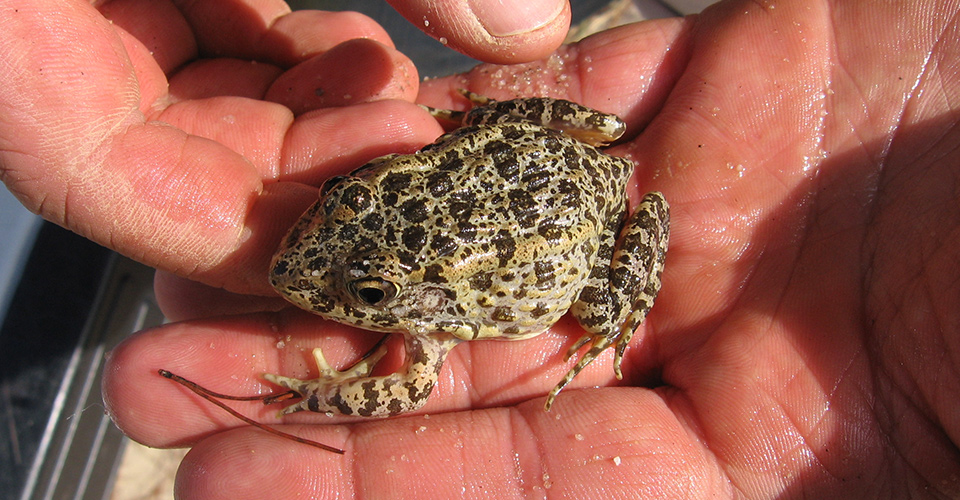 A key challenge for land planners and forest managers is determining if their management activities will impact state or federally listed species.  WEA has developed a proprietary, county-level inventory system which incorporates a series of filters that provides land planners, ecologists, and foresters the ability to determine the likelihood of rare species being impacted by various activities (including forestry operations).  This system includes federal and state listed plants and animals, as well as G1 and G2 species. Sensitive ecological communities are also included in this inventory system. The proprietary system has been uploaded directly into client’s intranet systems and also provided digitally.  The rare species inventory system has undergone several successful third party audits for our forestry clients. WEA’s experience surveying for endangered plant and animal species, on both private and public land, allows us to provide clients an accurate evaluation and representation of the listed species that might occur on their land.  Through this experience, WEA understands and honors that for privacy and strategic considerations all data collected for private landowners remains confidential and wholly owned by that client. Endangered species surveys procedures include:

WEA biologists experience with numerous survey and mapping methodologies for terrestrial and aquatic ecosystems include: Additionally, WEA biologists have specific expertise and experience in with the Endangered Species Act (ESA) of 1973 through:

WEA has extensive experience with a number of rare and imperiled species including:

The red-cockaded woodpecker (RCW) is an endangered species that inhabits forestland in the southeastern United States. To collect data required for research projects, population monitoring and conservation plans, it is often necessary to trap and band both juvenile and adult RCW’s. WEA biologists are fully permitted by the U.S. Fish & Wildlife Service to capture, band, and relocate this rare bird. WEA’s biologists are also qualified to install and have installed hundreds of artificial cavities used during restoration efforts.  We conduct broad-scale population surveys and decertify inactive sites. We have developed numerous Habitat Conservation Plans (HCP), Memorandums of Understanding (MOU), and Safe Harbor Plans. WEA biologists have worked with this species in every state across the current range of the species. Additional services available for RCW management include: 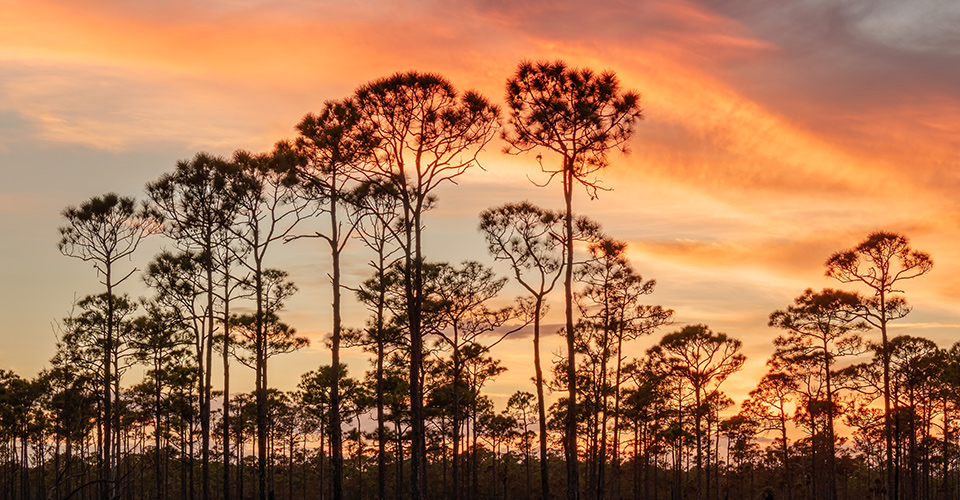 The eastern indigo snake is a large, black, nonvenomous snake found in the southeastern U.S. It is widely distributed throughout central and South Florida habitats, but primarily occurs in sandhill habitats in northern Florida and southern Georgia. The home range of this species can be up to 500 acres and is often a commensal species in gopher tortoise burrows.  The eastern indigo snake is federally listed as a threatened species following dramatic population declines as a result of habitat loss and conversion. Additional mortalities were caused by over-collecting for the domestic and international pet trade and rattlesnake collectors who gassed gopher tortoise burrows to collect snakes. WEA biologists were involved in the early life history studies of indigos, have conducted numerous habitat and individual surveys, used radio telemetry to study indigo snake movements and habitat preferences, and provide pre-construction avoidance and minimization guidance, seminars, and signage. Gopher tortoises are residents of sand hill habitats in primarily Georgia, Florida, Alabama, and Mississippi.  Gopher tortoises are listed as a federally threatened species where they occur in these states west of the Mobile and Tombigbee Rivers in Alabama (including Louisiana).  The species is federally listed as a candidate species in the eastern portion of its range (including South Carolina). Habitat degradation, loss, and conversion are the primary factors that contribute to its conservation status in the southeast.  A native to deep and well-drained sandy soils, this species adapted over time to the fire-maintained longleaf pine ecosystem. Frequent fires and sparse canopy closure promote an abundance of native grass and herbaceous species, of which the gopher tortoise feeds on over 300 species.  The tortoise uses the deep sandy soils to dig burrows for thermoregulation, reproduction, and refuge from fire and predation. These subterranean burrows of this keystone species have also been shown to support over 350 other species. WEA biologists are Authorized Agents in Florida and permitted to survey, trap, excavate, and translocate tortoises.  We have conducted numerous large-scale surveys using the latest accepted methodologies. We have developed gopher tortoise Safe Harbor Agreements, and permitted numerous translocations. We also lead research and recipient sites in conjunction with FWC and USFS. WEA provides turn-key services for any gopher tortoise project including: 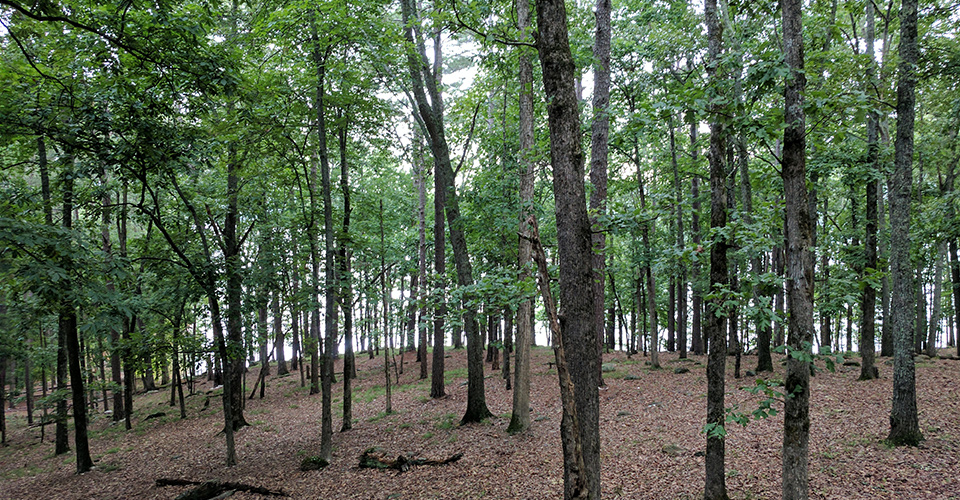 The Red Hills salamander is the official state amphibian of Alabama despite having the smallest range (a narrow band of habitat across five counties) of any terrestrial species in the state.  The typical habitat of the Red Hills salamander is moist, steep to moderately steep ravine slopes and bluff faces under a well-developed hardwood tree canopy. Outcroppings of layers of siltstone are indicators of habitat and are probably important due to the stone’s moisture-retaining capacity.  Northerly-facing slopes generally offer the best habitat conditions but Red Hills salamanders also occur on southerly-facing slopes having a full canopy and adequate moisture. The salamander spends most of its time concealed in its burrow, but frequently partially emerges to forage at the burrow mouth.  Specialized searches for the characteristic burrows can be used to reliably indicate the presence or absence of Red Hills salamanders at a site. The Red Hills salamander was listed by the U.S. Department of Interior as a threatened species in December 1976. WEA biologists have conducted numerous habitat suitability surveys for this listed species. We also developed the first Red Hills Salamander Habitat Conservation Plan and have worked with numerous landowners to determine if their property is home to this unique species. 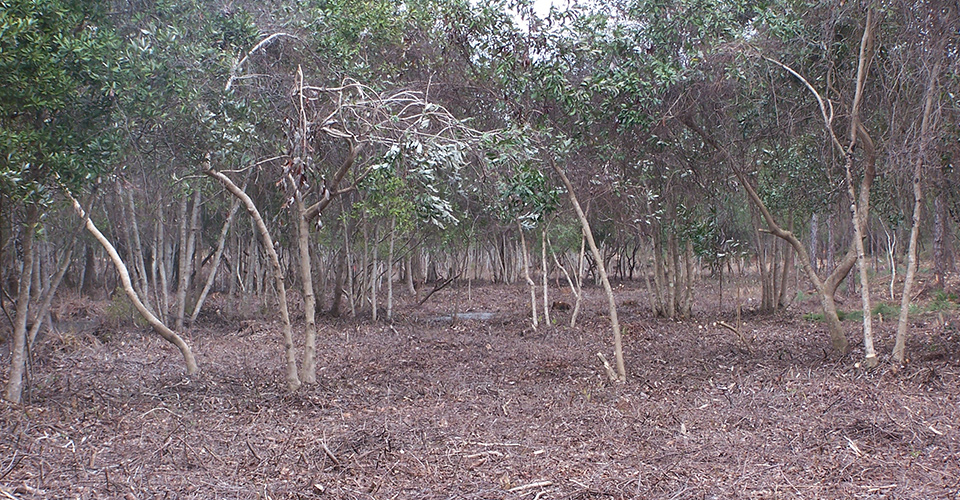 The flatwoods salamander, an inhabitant of wet pine flatwoods and pine savannahs of the southeastern coastal plain. The USFWS recognized two distinct species and listings during 2007: threatened status for the frosted flatwoods salamander (Ambystoma cingulatum) and endangered status for the reticulated flatwoods salamander (Ambystoma bishopi). The geographic dividing line between the species was determined to be the Apalachicola-Flint River ecosystem, with frosted to the east and reticulated to the west.  Adults of both species are terrestrial and often fossorial, living underground most of the year. They breed in relatively small, isolated ephemeral ponds where the larvae develop until metamorphosis. Mature salamanders migrate out of the ponds and into uplands where they live until they move back to ponds to breed as adults.  These species have adapted over time to fire-maintained ecosystems that promote native grasses and herbaceous vegetation within the ephemeral wetland communities. WEA biologists have conducted breeding pond surveys across the salamanders’ ranges, including sampling for larvae within the ephemeral ponds. We have also conducted habitat suitability studies to determine if potential breeding ponds are suitable for flatwoods salamanders. As one the most notable conservation success stories in the US, the bald eagle was removed from the USFWS endangered species list in August 2007 and is no longer protected by the Endangered Species Act.  However, bald and golden eagles remain protected under the Migratory Bird Treaty Act. Additionally, the Bald and Golden Eagle Protection Act (BGEPA) also provides federal protection for these native eagles. The BGEPA prohibits (without a permit) the take, possession, transport, import or export, purchase, barter, sale, or offer to sell, live or dead eagles, including their parts, nests, or eggs. The BGEPA defines disturbing as agitating or bothering an eagle to a degree (defined by scientific research) that causes: (1) injury to an eagle, (2) a decrease in its productivity, or (3) nest abandonment.  This “decrease in productivity” or “nest abandonment” is defined as activities substantially interfering with normal breeding, feeding, or sheltering behavior. The wildlife biologists at WEA are experienced and capable in providing nest surveys, monitoring, and use determinations. We can also assist our clients with any eagle planning and permitting challenges they may encounter. 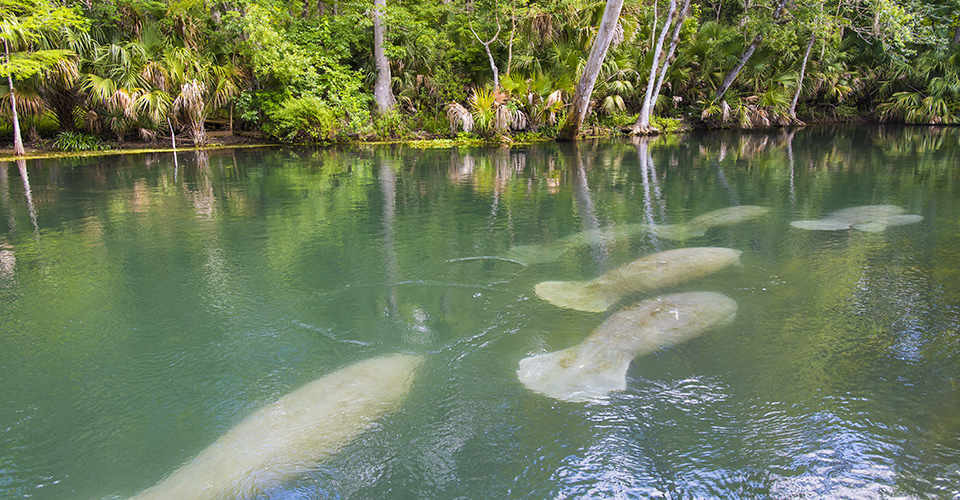 The West Indian manatee is an aquatic mammal known to occur in the coastal waters of the southeastern US and Caribbean. With grey, seal-shaped bodies, paired flippers, and a paddle like tail, manatees often can be observed in shallow and low flow bays, rivers, and estuaries. Adult manatees forage on aquatic vegetation, especially seagrass, and often grow to 10 feet in length and 1,000 pounds.  For this reason manatees have earned the nickname, “sea cows.” There are two manatee subspecies: the Florida (Tichechus manatus latirostris) and Antillean (Tichechus manatus manatus) manatee.  The loss of coastal habitats, boat collisions, and fishing entanglements have led to the manatee’s current Endangered listing under the Endangered Species Act.  Both subspecies are also protected from “take” under the Marine Mammal Protection Act. WEA biologists have the knowledge and experience to address the manatee monitoring, permitting, avoidance, and minimization needs our clients require.